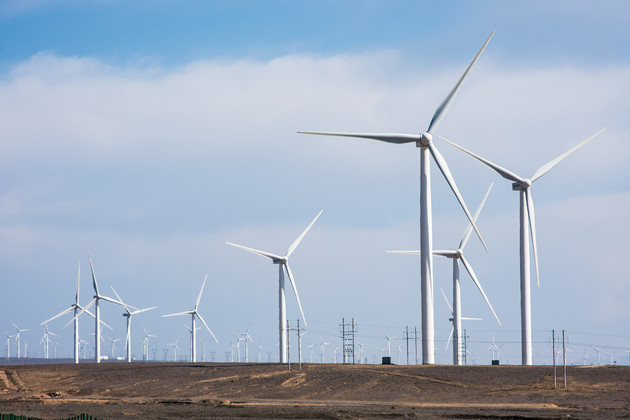 Northwest China's Xinjiang Uygur Autonomous Region has transmitted a total of 343 billion kWh of locally-generated electricity to other parts of the country since 2010, including 80 billion kWh generated by new energy, according to the State Grid's Xinjiang branch.

During the past 10 years, China's State Grid has invested a total of 136.8 billion yuan (about 20.4 billion U.S. dollars) in Xinjiang to construct four power transmission channels for transmitting locally-generated electricity to 19 other provincial-level regions of China, the State Grid Xinjiang Electric Power Co., Ltd. said on Tuesday.

The first transmission channel was put into use on Nov. 3, 2010, since then the annual power transmission capacity of Xinjiang has been increased from 3 billion kWh to 100 billion kWh, according to the company.

Xinjiang is rich in energy resources, including wind and solar power, and boasts excessive power generation capacity. With power transmission channels built, the region can transmit and sell some unused power to other parts of China.

In addition, the construction of power transmission channels have driven the development of thermal power, wind power and photovoltaic power in the region. The total installed power capacity of Xinjiang has been increased from 14.07 million KW in 2010 to the current 96.2 million KW, ranking first in northwest China.